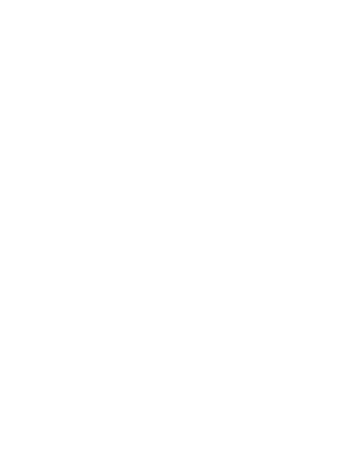 Why doesn’t anyone ask financial markets about the “I” word?

“Those who do not remember the past are condemned to repeat it,” the words of none other than Benjamin Graham – author of the Intelligent Investor and mentor to Warren Buffet. Graham’s words have never been more poignant than when deliberating today’s approach to the “I” word (Inflation) – which is back with a vengeance for the first time since the dim and distant days of the 70s. Although the basis for calculating the usual measures of inflation, based typically on the current prices of a basket of goods and services to previous prices, get updated regularly, one can argue that they have not been updated enough to reflect the more interconnected and complex global economic system we now live in.

In an attempt to better measure and capture ‘inflation’, and to benefit from its movements, some of the world’s most advanced hedge funds are spending/investing copious amounts of money on vast swathes of information to give them an alternative view on where inflation is likely to be. Be under no illusions, these firms are not just gathering standard market and reference data, but some are likely to be purchasing data and information such as Geospatial reports of e.g., all supermarkets in the State of California, counting the number of cars at prominent retail parks and such, in order to help inform their assessment of inflation.

There is so much information available to those who can get hold of it, that it is nigh on impossible to have a definitive figure on where the level of inflation is likely to be at. Of course, attempting to have one organization create a measure that captures all of the data is obviously not possible. However, one may argue that the intricate insight into the various different views represented in the market price of hundreds and thousands of securities at least provides an alternative view. We could have only dreamed of having this level of insight when inflation last reared its ugly head. In a world awash with data, waiting for the next CPI or RPI level to be published to form an opinion on where future inflation is likely to be, is frankly, luddite thinking in this day and age. Capital markets must be seen as an additional gauge on what the real measure of inflation is expected to be moving forward.

The markets, after all, do hold a wealth of information based on the numerous trades executed daily. Derivatives markets, in particular, the trading of inflation and interest rate options and swaps, hold potentially the most compelling insights. The issue is that very few people are privy to inflation options or inflation swaps pricing data. In fairness, it is not exactly information the media is likely to easily articulate to the masses. But while the news reports the published inflation numbers as soon as they come out, there is this completely different world where market participants have already made investment decisions based on an entirely different set of metrics.

There is clearly a major gap that needs to be bridged between the institution’s judgement of inflation, and the bog-standard CPI and RPI intel the everyday person receives. Broadening the appeal and ability for the likes of pension funds, for example, to access this information in a systematic and transparent way would certainly be a step in the right direction. From satellite capture to credit card data, all manner of different data types can be sourced these days to form views on what level inflation is likely to be at.

Inflation has, and very much always will be, the word on the lips of Central Banker’s, but it is not necessarily an informed word on the high street. To a whole generation of people today – inflation being up, and around double-digit territory, is uncharted waters. The important words being “up and around double-digits” because the truth is, nobody really knows for sure. The big difference between the 70s, and what we are experiencing today, is access to information, and making it more accessible is key. Inflation and how to hedge the risk via more informed insights would most certainly help pension funds and their beneficiaries in perhaps protecting some of the erosion of their assets that price increases are causing.

Living in the 2020s, compared to the 1970s, means the industry as a whole has far more intelligence at their disposal to estimate inflation by deriving data from across the capital markets. Democratizing such ‘informed’ estimates on inflation, could make this era less painful for the savings and investments of investors, compared to the prolonged inflationary period of the 70s.